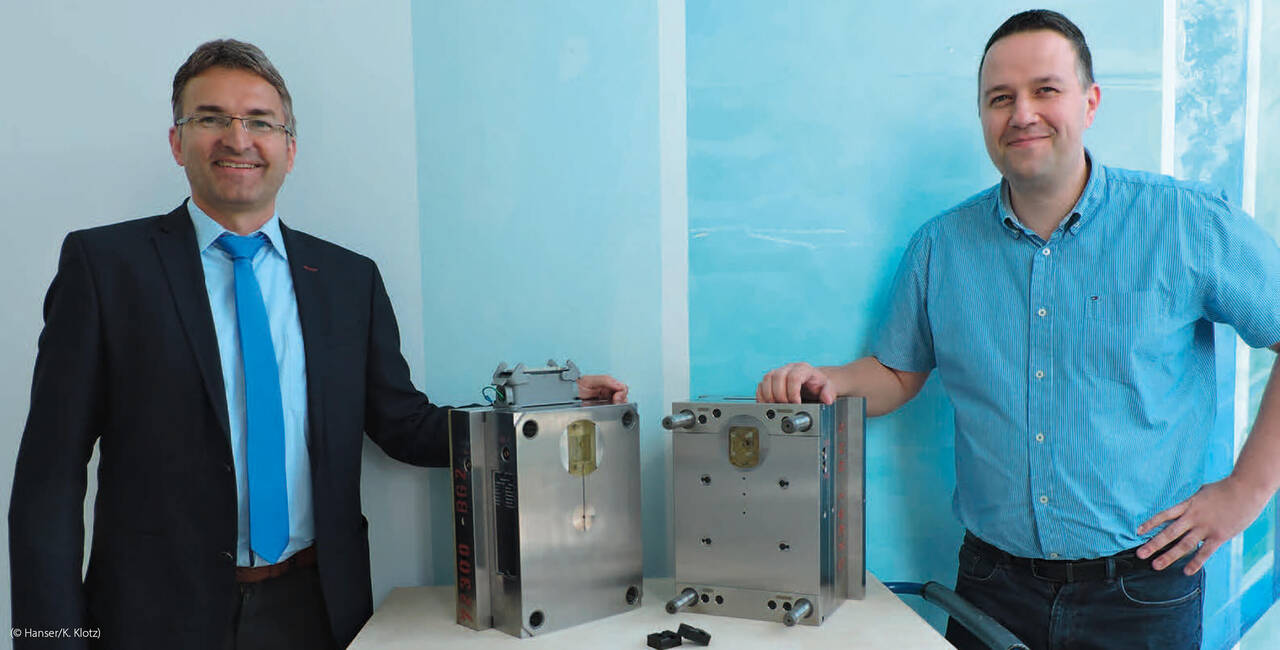 The German version of this article was published in Kunststoffe, Issue October 2019.

The development of new medical devices often requires the capacity to make prototypes from original plastic material in a cleanroom. The requisite small runs can be accomplished quickly and cost-effectively with the aid of master molds and additively manufactured mold inserts.

3D prototyping has long been a focal point of development and design at Riegler. In the past, this subsidiary of Wirthwein AG would have commissioned external companies to do the additive manufacturing for it. But a decision to invest in its own 3D printer in 2018 marked the beginning of a new chapter in Mühltal near Darmstadt, Germany. Practically over night, this medical devices specialist had the means to print customer-specific injection-molding inserts capable of turning out dozens or hundreds of parts. It achieved this by deploying a master mold concept, which allows inserts to be installed quickly and economically. The inserts can be made from steel for producing large runs or – and this is faster and more cost-effective – they can take the form of 3D-printed prototypes.

Small Runs Made from Original Material

“3D-printed inserts aren’t hard enough to be used in mass production, of course. But they can be used to do small runs in original material, and that is a major advantage,” says Dr. Thomas Jakob, who has been Head of Wirthwein AG’s Medical Technology Business Unit since June 2016 and, in this capacity, also has responsibility for Riegler. So far, the company has trialed prototyping of 3D-printed mold inserts in two applications. The decision to go with this particular printing process was made after benchmarking against several types of additive manufacturing devices deployed at other locations in the Wirthwein Group, e. g. in the automotive sector. Riegler opted for a stereolithograph that fixes liquid methacrylate with the aid of UV radiation and then cures it completely in a thermal post-processing step. The Form 2 desktop printer (manufacturer: Formlabs Inc., Somerville, MA/USA) is capable of producing very filigree structures and surfaces – this proves to be an advantage for dealing with the small shot weights of around one gram part weight (the lower limit at Riegler is about 0.07g and the upper limit is 200 g).

In Riegler’s experience, the surfaces of additively manufactured inserts do not have to be reworked. The quality is good enough for initial product samples, even if the surface is not as smooth as that produced by steel molds. “There’s little difference in the results,” says Björn Winterfeld, Head of Riegler’s design department. “The parts’ dimensions match up pretty well, which means that the prototypes are ideal for filling and assembly tests as well as for handling trials.” However, differences do emerge in the manufacturing process because the resin is more sensitive than steel and requires lower injection speeds and a lower holding pressure. Winterfeld’s experience is that “to avoid damage and get good injection results, you have to take a softly-softly approach. ”In particular, the resin is a thermal insulator and is not as easy to cool from the outside as metal. So, after the parts have been produced and ejected, Riegler therefore uses compressed air to cool the inserts, which can resist temperatures up to approx. 120 °C, and thus to prevent their heating up too much during production. This significantly extends the cycle time but, given that only 50 to 100 sample parts are produced in the designstage, production time per part is a secondary consideration. More important is the time saved in getting from the design stage to the installation of the mold insert and carrier in the mold. As a rule, this can be accomplished in a total of two working days. The design can thus be easily changed during the early stage of product development, without the need for major investment in tooling.